Peruvian Coast, 1823. In the middle of the war of independence against Spain, a troop of shipwrecked patriots must face survival in hostile conditions, and on the brink of hunger and delirium. Among them is colonel Carlos Federico de Brandsen, an outstanding French cavalry officer who after the defeat of Waterloo accepts to travel to the New World to fight for the independence of the young American republics. He crosses the Andes and fights in Chile and then in Peru. Defeats and failures however eat into the spirit of loyalty to the cause, with the group facing marches through inhospitable landscapes, ghost towns and inclement snowfalls, plus an enemy army stalking them. The harsh experiences turn hallucinatory, fate leaves many on the verge of death, hunger alters the soldiers’ senses (they eat their own clothes) and survival is not always based on moral precepts. Brandsen’s health also deteriorates, he has visions and confuses the wars in which he has fought, so beginning his descent into madness.

Reflections on the meaning of loyalty – represented by men walking to their death unfazed by the extreme forces of nature- and of responsibility towards history are interspersed with more overtly political aspects – an indigenous population, deeply Catholic, fighting almost always in favour of the Spanish. Alongside the human protagonist however, the all-pervading character of the novel is landscape: the exalted nature of the Andes, the great marches through the desert, the mountain range, the moors, the small towns lost among the mountains and the lakes. Nature is all pervasive and affects all actions of men. 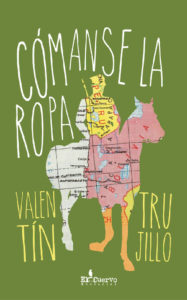