April 1953, Torvaianica beach. A workman finds the body of a young woman on the seashore. No signs of violence. The police close the investigation even before starting it: it is an accident. But is it really an accident? Journalists are not convinced, people in Rome are talking: this is the beginning of the Montesi case. A case apparently like many others but one that in the Italian media landscape of those years raises an unprecedented outcry. It ends up involving men of power, the son of a minister, top figures from the Christian Democrat and Communist party, Jesuits and moralizers who in turn end up under accusation, some against the others, police against carabinieri, in a crescendo that with the passing of the months increasingly resembles a theatre of the absurd.
Around the drowned young woman swarm the curious, a good magistrate, a corrupt fixer, an introverted musician loved by women, an affectionate uncle, the famous actress and the stars who want to make movies, the coroners, a profusion of experts and super experts, the artistic undergrowth that populates the bars of the Roman dolce vita, the paparazzi of course, speculating businessmen and a CIA agent. And then bartenders, landlords, petty scammers and time wasters, priests and false priests, magicians, mythomaniacs and exalted people in search of a book to write.
Who was this girl? And how did she die? By whom was she killed, if she was killed? Impossible questions to solve when you can’t answer the simpler ones: how was she dressed? In what position was she found? The police and journalistic investigation, with the help of the Catholic Church and the moralizing ardour of those years, becomes a gigantic, monstrous work of removal of the female body. The object of a mad desire that gives rise to conflicting impressions, holes in the memory, word of mouth rumours, hallucinations … But time passes by and in the end we no longer even know what little we knew at the beginning.

A story, made up of endless speculations and contradictions, which has been told many times, but which through a cut-up from journalistic and archive sources, and an irreverent tone that nails everything to its comic aspect (the use of icons, the inventions of quotes), becomes the story of how this story was told. The reconstruction of a myth, of a woman: a kind of Vitruvian mulier in bits, scraps and garters, over which the powerful agitate uselessly. A pretext to ask ourselves what, after all, is Truth? 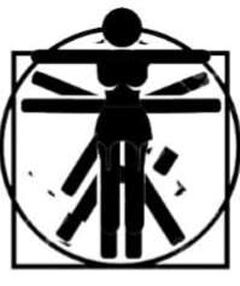