Sergio Gutiérrez Negrón (Caguas, 1986) is the author of two novels, Palacio (2011 and 2014), finalist of the PEN Club prize in the year of publication, and Dicen que dormidos (2014 and 2015). This second work won the National Novel Prize of the Institute of Puerto Rican Culture. In 2015, he was recognized by the Festival de la Palabra with the New Voices Prize, a prize given to young Puerto Rican authors. That same year he was part of Latinoamérica Viva, a selection of Latin American authors curated by the Guadalajara International Book Fair. He collaborates monthly with the column Buscapié of El Nuevo Día. His stories and academic articles have appeared in several magazines and anthologies, both local and international. In 2017, he was selected by the Hay Festival as part of Bogotá39. Gutiérrez Negrón currently teaches Latin American Literature in Oberlin, Ohio, USA. 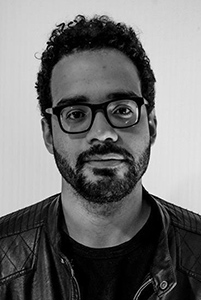