Orlando Echeverri Benedetti (Cartagena de Indias, 1980) is a Colombian writer and journalist.
Criacuervo was published by Angosta Editores in Colombia, it is his second novel. It was included in Revista Arcadia’s list of the ten best books of 2017 and was a finalist in the National Book Award of the Ministry of Culture.  In 2014, Echeverri Benedetti won the National Book Award from the National Institute of the Arts in Bogota, for his first novel: Sin freno por la senda equivocada (El Peregrino Ediciones), presented at the Bogota International Book Fair in 2016, selected for the Colombian Ministry of Culture book prize in 2016 and regarded as one of the literary surprises or that year. In 2019 Random House published his third book, the short story collection La fiesta en el cañaveral. He currently lives in Jersey, United Kingdom. 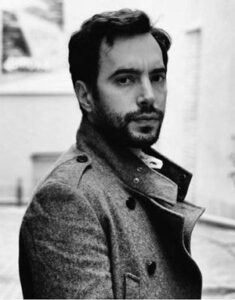