Juan Emar was the pen name of Álvaro Yáñez Bianchi (1893-1964). The son of an influential politician and diplomat, he lived intermittently between Santiago and Paris. In Paris, he was associated with the surrealist groups, and took the name Juan Emar because of its connection to the French phrase “J’en ai marre” (I’m fed up). Between 1935-1937 he published four books: Miltín, Un año, Ayer and Diez, which were largely ignored in Chile as he managed to upset the dominant literary circles of his time. As a result he refused to publish anything else but kept writing: Umbral is his more ambitious and impudent work, over 5,000 typewritten pages that comprise five linked works. In a break from realism, Emar’s prose adopts a fragmentary style and allegorical tone. Black humour, erotism and the subconscious are themes that pepper his works. In it we can observe links to the creationist ideas of Vicente Huidobro as well as the buds of cubism and European futurism. In the 1970s, and more recently, his work was reissued in Chile, and he is now thought of as one of the most important 20th century Chilean and South American fiction writers, and seen as a precursor to writers like Julio Cortázar and Juan Rulfo. 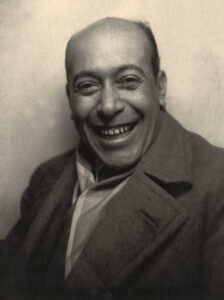