Ilmar Taska grew up in Estonia and then studied at the Moscow Film Institute. He has worked as a film producer, director and screenwriter internationally. In 1993 he established his own television company which was the first private national network in Estonia. In 2011, Ilmar made his debut into the literary world with an autobiographical novella called Better than Life (Parem kui elu). In 2014 he won the annual literature prize in Estonia for his short story Pobeda and his short story collection More Beautiful than Life (Skonare an livet) was published in Sweden. His short story, Apartment for Rent, was included in Best European Fiction 2016, published by Dalkey Archive Press. Ilmar works as a consultant for House of Film and divides his time between Tallinn and Los Angeles. For more information about Ilmar check his profile on the Estonian Literature Centre webpage. 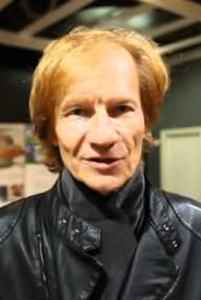