Damir Karakaš goes back to his roots in Lika, the Croatian region hidden behind the majestic mountain of Velebit. This short, elliptic novel brings upon us three generation of peasants in their small village, led by the protagonist Mijo who, in the aftermath of the WWII, finds himself on the losing side of the Ustasha regime. The Celebration is composed of four chapters, House, Hounds, Celebration and Father, that hark back to memories  as a sensuous experience: palpable sensations, remembrance of smell, touch, a grasp of a few rare moment of true happiness.

On the first pages, we meet Mijo watching the distant lights of his family house while hiding in the woods from the partisan army. In World War II he joined the losing Ustasha forces, a fascist regime that established the Independent State of Croatia and was closely connected to the German and Italian regime. After the liberation of the antifascist forces, the dissolution of the State very likely means an execution for Mijo. The Celebration is a vivid revival of peasant life in Lika. Flashbacks bursting with visceral, hamsunian descriptions of poverty and hunger all lead up to a scene in which Mijo takes his elderly father to die in the woods, as his father and generations before him did. Although not explicitly, The Celebration is deeply political; it is sensuous, laconic and impassioned, a work that reads quickly but leaves a strong, indelible trace.

“A book of the year for many Croatian critics, it is one that cries out for translation into other languages.” JONATHAN BOUSFIELD, Satellite Review

“Celebration is a masterpiece of Karakaš’s work to date, an event in Croatian modern literature.” Vijenac

“A dark intoxicating reading by a literary wizard.”  Novi list 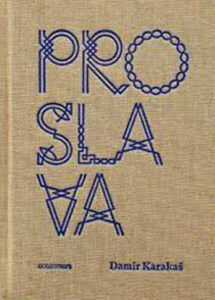