One of the great events in the literary world, both in English and in Spanish, is the publication, every ten years, of the GRANTA list announcing the selection of the best young storytellers in Spanish.

We are ecstatic to announce that Aniela Rodríguez is part of the new selection. Here is the full official announcement.

Aniela’s short story Days of Ruin is part of Granta’s anthology published in English and Spanish (by Candaya and by Vintage en Español). 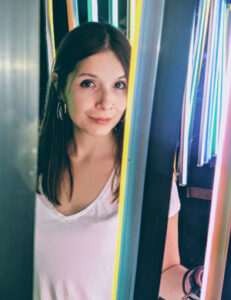