La dimensión desconocida (The Twilight Zone) by Nona Fernández, translated by Natasha Wimmer is one of ten contenders for the National Book Award for Translated Literature!

Published by Penguin Random House in Latin America in 2016, in The Twilight Zone a member of the Chilean secret police confesses to participating in some of the worst crimes committed by Augusto Pinochet’s military dictatorship, sparking the narrator’s life-long obsession with the “man who tortured people.” The novel, translated from the Spanish into English by Natasha Wimmer, is an examination of crime, pop culture, and resistance. Fernández’s novel is also available in Italian, French and Swedish and will soon be published in Norwegian, Danish, Turkish and Slovenian. 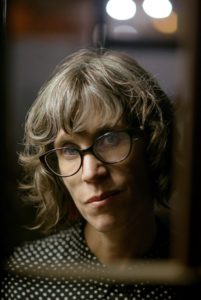