Trujillo (Maldonado, 1979) is a professor of Language and Literature. In 2007 his book of short stories Jaula de costillas (Cage of Ribs), published by Ediciones de la Banda Oriental, won the National Prize for Fiction Juan José Morosoli. In 2016 he was awarded the Onetti Prize for his novel Comanse la ropa! In 2018 he was selected as one of the best 39 Latin-American writers under 40 (the Bogotá39) by the Hay Festival. 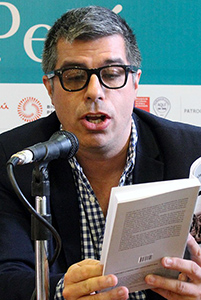