In her thirties, Carla María is a single mother who lives a markedly monastic life. One morning, after a sudden, though expected, anxiety attack, she remembers how, eleven years earlier, she lived a day when she thought she had dominated her ever-present anxiety. That day, her last in an ice cream parlour where she worked, Carla María conspired with her co-workers to, once their shift was over, rob the store, take all the money, and flee in the direction of the Puerto Rican mountains. In her memory, she and two of her companions (Carlos and María C) are in full flight and in a moment of deep fellowship. Amidst routine interruptions, Carla María remembers another moment of the night in question, when fleeing from the store money in hand, another employee of the ice cream shop, a second Carlos, decided not to join them, despite having committed to the plot from the beginning. The remembrance of this abandonment, catalysed by the possibility of a re-encounter with one of the Carlos, whom she has not seen since, causes the previous idyllic image to begin to crack and for a third-person narration of the last twelve hours in the ice cream shop to begin.

Los días hábiles is a coming of age novel with an existentialist nuance, narrated in the third person. It is also as much a reflection on the nature of part-time work as well as a story of how the fantasies of some youngsters collide against the harsh reality of the Puerto Rican economic crisis, a crisis that has marked the past decade and a half. The tone of the novel alternates the determinism of social realism, humour and imagination. This is facilitated by a linguistic style that internalizes many of the idiosyncrasies of Puerto Rican Spanish and makes incursions into the English language. Close in style to “realist” trends in the North American novel, while echoes can be also heard of the ennui typical of the novels of Murakami and Bolaño. 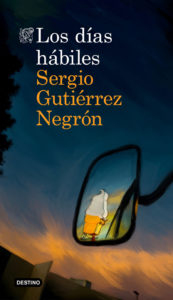