Crocodile Tears takes us into the world of violent criminals and high level corruption of a cold, grey and dirty Montevideo. Germán, an eternal reoffender accused of a kidnapping, comes out of jail thanks to the manoeuvrings of a newly appointed, shady lawyer. There is a condition to his release however: he will need to help assaulting an armoured truck stuffed full of cash. The crime is planned, an investigation is developed by a somewhat self-doubting detective, various levels of corruption are observed while a number of only apparently secondary characters take centre stage. In particular, the splendid and vengeful Úrsula, a strong anti-heroine -representing a subversion of dominant feminine aesthetics- determined to overcome any challenge, inside or outside the law.

In what is an intricate interlocking plot, a confident and omniscient narrator plays with literary devices. In turn taking us via a present tense narrative in the mind of the characters, addressing the reader directly, incorporating different narrative registers, describing scenes in the style of a movie script, being generous with technical details. Sprinkling local flavour and firmly implanting the plot in the noir tradition, Rosende delivers nonetheless a story of psychological depth and literary quality.

“It reads like a marvellous mash-up of Anita Brookner and Quentin Tarantino.”—The Times

“…it is certainly fast, slick and acerbically funny: buckle up and enjoy the ride.”—The Guardian 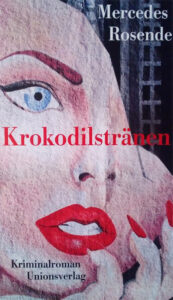