Poetic and spiralling in its narrative development, La despoblación is installed in the Latin American literary tradition in order to disarm it and find it again in a new form. The narrative is on a journey towards an adventure; like its characters, who are forced to abandon the harmonious life of a Jesuit mission and go deep into the bush in search of a new place to settle.
The protagonists of the novel (the Jesuit fathers Antonio Ruiz and Maceta, the Guarani Overá, self-proclaimed Son of God) are torn between the puerile and the highest holiness: their conversations, monologues and songs confront their surroundings with lyrical Adamism; as if at every step they take they are once again the first human beings on earth, naming things through pure observation and feeling. Going from anguish to exaltation, and then to philosophical self-absorption, moved by circumstances or by their own contradictions, the characters of La despoblación are always on the move, and the novel evolves in sync with these processes.

Closs delves into the absurdity and the horrors (although much deeper into the absurdity) of the Catholic colonial project with confidence, imagination and a surprising use of language. The works of Augusto Roa Bastos, Sara Gallardo, Joao Guimarães Rosa and Marosa Di Giorgio resonate in the dialogues of missionaries, explorers, anthropologists avant la lettre, converted or reticent Guarani, Tupi-Guarani witches, and the looming, menacing shadow of the Portuguese bandeirantes. La despoblación is a “Latin American novel” no longer as the literature of a marvellous and violent continent, but as that of a region whose history continues to move, nomadic and mutant, in the multifaceted exchange of languages, bodies, beliefs and identities.

“The best scenes in Marina Closs’s literature are played in a Beckettian beat, with a comic grimace emerging with freshness to immediately go on to tighten the muscles of the face, by stripping the absurdity of existence” – Ana Ojeda 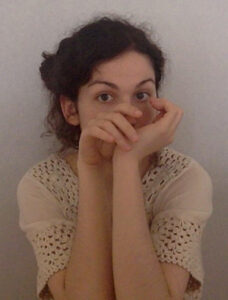