(Una donna disponibile – Rizzoli, 1959)
Elena is a woman of thirty-five, the wife of a prominent lawyer, bored and tired with a wrong marriage and the mundane routine of her life, but unable to break free from the conventions of bourgeois society. She meets Ennio, a young man in his twenties, and the two begin a sensual relationship. But in the end Elena is disappointed when she realizes that even this relationship does not add anything new to her life. It has, however, the merit of helping her to find herself.

“Una donna disponibile is a post-war psychological novel that comes alive through the detailed descriptions of its heroine restless state of mind. Undoubtedly, however, this is also a work that depicts an era, full of references, among others, to Sartre and Moravia. A novel about the stages in the life of a woman in search of herself, who is learning to define herself through the sum of her deliberate actions. It can therefore be considered as a great contribution to existentialist literature in Italy.” Thomas Stain 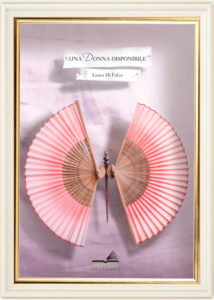