Jorge Comensal (Mexico City, September 5, 1987) is a narrator and essayist. He is the author of the novel Las mutaciones, of the essay on reading habits Yonquis de las letras (Madrid, La Huerta Grande, 2017) and co-editor of the thematic anthology of new Spanish language poetry Entre frondosos árboles plantada (Mexico, Ministry of Culture, 2018). Comensal publishes personal essays, chronicles, and articles on environmental activism in magazines such as Letras Libres, Este País, Nexos, Revista de la Universidad de México and The Literary Review. He is a member of the Editorial Board of the Magazine of the University of Mexico and environmental advisor of the magazine Este País. He has been editor the Revista de la Universidad de México, as well as a fellow of the Foundation for Mexican Letters and the National Fund for Culture and the Arts. He studied Hispanic Language and Literature at the National Autonomous University of Mexico. He recently published a biographical essay on the biologist Isaac Ochoterena; he is writing a second novel. 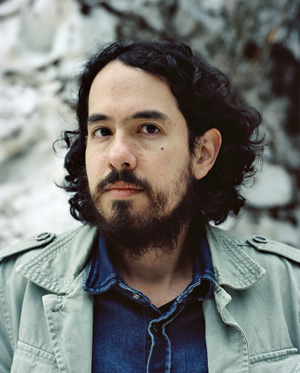