Skip to content
AUTHORS > Ilmar Taska > The call of Elysium

A virtual environment named Elysium.com has been gaining popularity. Here visitors can meet their historical idols, be they Marlene Dietrich, Marilyn Monroe, John F. Kennedy or Vladimir Lenin. These digital characters are created using artificial intelligence, neural networks, and machine learning in order to have an authentic effect. Movie star Robert’s manager Daniel receives a surprising offer – his client could be the first living actor to participate in this VR environment, where so far only historical celebrities have appeared. However, it will soon become clear that the portal has its own vision of the nature and goals of virtual Robert. Nothing is as entertaining or innocent as it seems, and the development of the virtual portal takes a dangerous turn. As the historical idols reveal themselves, so do the plans of the forces behind this magical portal.
llmar Taska’s new novel “The Call of Elysium” puts the reader in the world of tomorrow, the features, trends and developments of which are already in our midst. The novel raises the question of whether there are forces on the world stage that can not only purposefully changes social reality, but also creates a large-scale, ideologically shaped replacement reality, full of brilliance and glamor, but also with a dark side. Taska is a visionary writer, his previous novel “Pobeda 1946” was nominated for several international awards and has already been published in fourteen languages.

“llmar Taska’s novel does not leave you indifferent, it goes into the subconscious, grabs the reader, and flies into the world where well-known movie stars and politicians who have already left us have become immortal holograms that anyone can interact with.” ERR, Imbi Paju

“…fascinating is the author’s ability to look from the outside in – like a person who examines a blade of grass between their fingers but can also see it as a particle in a larger ecosystem” Ann Alari, Postimees

“The naming of the Facebook-owned company Meta and Mark Zuckerberg’s promise to focus on developing virtual reality allows Taska’s new novel to be considered prophetic. “Postimees

The Call of Elysium 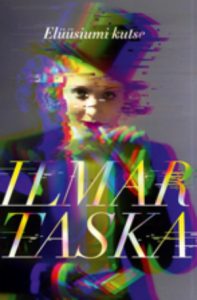