Andrej Nikolaidis is a contemporary writer from one of Europe’s newest and smallest states: Montenegro.   Born in 1974 to a mixed Montenegrin-Greek family and raised in Sarajevo, Bosnia-Herzegovina, Nikolaidis was an ardent supporter of Montenegrin independence, an anti‐war activist and promoter of human rights. Nikolaidis initially became known for his political views and public feuds, appearing on local television and  on newspapers with his razor‐sharp political commentaries. He writes for the weekly news magazine Slobodna Bosna and is a columnist of Delo (Ljubljana) and E‐novine (Belgrade). He  also writes for the UK newspaper The Guardian. He has written four novels and was awarded the European Prize for Literature 2011 for Sin (The Son), translated in over ten languages.  He lives in the Mediterranean town of Ulcinj. 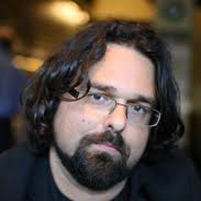