The story of Nina, an artist, and Tommaso, an art critic, as the story of an entire generation.

Tommaso is an art critic and he is torn between the love for art and other forms of cultural precariousness. All this leads him, at the age of fifty, into a crisis at the same time intellectual and sentimental.

Nina is a performer: after having touched the international success with a dazzling debut, she has almost withdrawn from the art scene, refusing to submit to the laws of the market. Through her body and art she tries to comprehend the reality, without letting herself be conditioned by conventions and career strategies.

This novel is the story of their elective affinity, which unfolds between Milan and Berlin. Tommaso and Nina meet and recognize each other as two characters in search of escape routes, helping each other to focus on their desires and needs.

With La vita adulta Andrea Inglese gives us an illuminating, ironic and ruthless portrait of contemporary intellectual work – in the art world specifically – but above all of today’s “late youngsters”, those who are terrified or excluded from adult life. Inglese with this book asks some crucial questions: is it still possible today to become an adult? Does “maturity” still exist? Has it ever existed? What relationship do we have with art today?

“The novel revolves around the contrast between the ambition to which the artist tends and the social, economic, moral rules to which he must submit” Corriere della sera

“Andrea Inglese confirms himself as an inimitable narrator.” Helena Janeczek 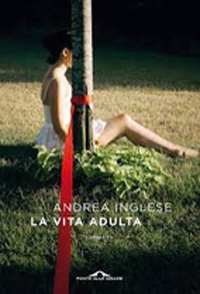