Alaíde Ventura Medina (Xalapa, 1985) is a Mexican anthropologist, writer and editor. She studied Anthropology at the Universidad Veracruzana and the National Autonomous University of Mexico. In addition to fiction and essays, she has worked on scripts for TV and advertising for media such as Canal Once and Time Out México. In 2018 Ventura’s debut won the ‘Gran Angular Young Adult Literature Award’ with the novel Como caracol published by Grupo SM. in 2019 her adult fiction debut, Entre los rotos won the ‘Mauricio Achar Award’ and was published by Penguin Random House Mexico 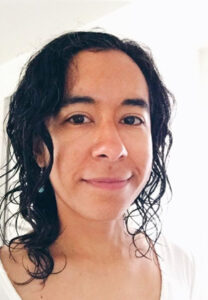